What is a Derby shoe?

In the second instalment of our ‘What is’ series we are going to talk about the derby shoe. We covered the classic Oxford and now it is time for a more casual option.

The humble Derby, also known as a Blucher, Gibson or Lorne, is a style that is mentioned as far back as the late 1800’s. Mostly worn by the military during the Napoleonic wars it can be said that fashion took an air of military inspiration. Boots or Derby boots, which had only been worn by soldiers for half a century or more, once again came into fashionable prominence. There are many theories as to why the Derby shoe was developed but one of which we can be sure of is its generous fit. As this article from 1872 by St Crispin’s (the Christian patron saints of cobblers, curriers, tanners, and leather workers) notes; ‘The Derby or new tie shoe. Better than the Oxonian as the seam is not near the tender part of the foot. Especially good in summer, allows the foot to swell.’ 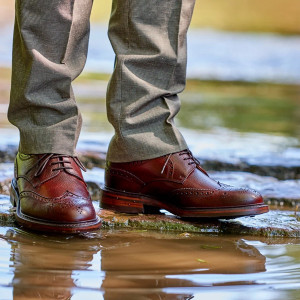 The Derby shoe is a casual design, ‘Derby’ refers to the way in which the facings (the leather that the laces go through) are stitched to the shoe. Derbies are often known as ‘open lacing’, as the facings are stitched on top of the vamp (the area of the shoe by the tongue) meaning they can be opened outwards. This allows for more room and a better fit for those with a higher in-step.

Just like the Oxford shoe, here at Bradshaw and Lloyd we offer many different styles of the Derby shoe. The first being just a plain Derby such as the Barker Morden. A classic simple design, this plain black shoe works great for those dreaded ‘smart/casual’ events or even just to take to the office. 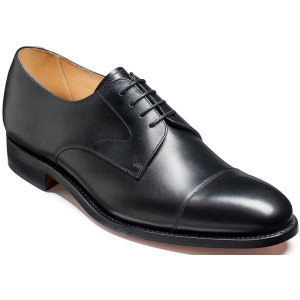 For something a bit more casual why not try the Sanders Henry. A great weekend or relaxing shoe. The Henry has a suede upper and Vibram rubber soles. Available in; ocean suede, tobacco suede and milkshake suede. 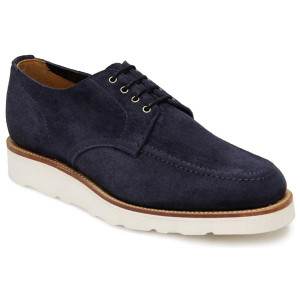 Lastly for a heavy country look. Why not take a look at the Tricker’s Bourton, considerably more expensive I grant you but the quality and style is worth it. A heavy Derby shoe that bears the brogue detailing synonymous with true country shoes. A half bellows tongue is folded and attached to the shoe to provide a watertight seal. Storm welt provides an additional waterproof seal between the shoe’s upper and sole. These shoes really are a go anywhere shoe. 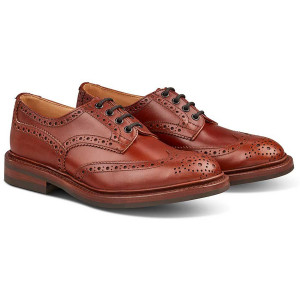 Check out more of our Derby shoe range on our website and let us know what you think below.

Kate Mathieson
02:11 20 May 22
Fantastic customer service for an online international order. Quality product too. Thanks Richard!

dan done
12:36 22 Mar 22
As a new customer - I will be returning to Bradshaw and Lloyd as their service is a well deserved 5*. From the purchase through to updates as to delivery and the prompt delivery the experience was... 1st class all round !Thanks team !read more

Steve OP
14:35 21 Jun 21
Having been into my office a scant half dozen times in the last year, I literally haven't been past a decent shoe shop in months, so what a godsend finding this place has been. Exceedingly helpful.

Jeremy Boots
21:55 07 Mar 20
Having first visited the shop in Hurstpierpoint back in October 2019,I have now gone on to purchase three pairs of shoes, two belts and various accessories from Bradshaw and Lloyd. I can honestly say... that it is a real pleasure to shop here.Richard provides a knowledgeable,professional, personal and old fashioned service which is very hard to get elsewhere.read more

Local Reviewer
14:04 22 Feb 20
Fantastic shoes. I am on my fourth pair. 2 of them lasted me 5 years. Its great that such pride into making such shoes in today's world

Gerwyn Davies
10:55 12 Mar 19
On the 2 occasions i have contacted Richard @Bradshaw and Lloyd ,I have found the service and speed of communication to be of the highest standard,resulting in my purchases. This business delivers... 1st class and I would recommend to anyone when purchasing a pair of quality shoes. You wont be disappointed .read more

Roger Donaldson
01:56 20 Nov 18
Bradshaw and Lloyd provided stellar service as I bought shoes to be shipped to me in the USA. I was a little concerned in doing business from afar without seeing a lot of reviews and called them... up. Richard was friendly, helpful and very customer service oriented. Unless you are familiar with the fit of a particular maker, I highly recommend you follow the instructions on the site regarding foot measurements if you are buying remotely. This sort of remote assistance is invaluable. The shoes fit well, but ultimately the style did not suit me. On return, the shoes were accepted without question and my credit card refunded without my asking! Overall, an excellent customer experience and I will definitely do my on-line shopping for fine English men's wear with Bradshaw and Lloyd in the future!Thank you Richardread more
‹
›

Select the fields to be shown. Others will be hidden. Drag and drop to rearrange the order.
Click outside to hide the compare bar
Compare